15th August 2007. That’s when I bought my first vegan cookbook. It was the weird British edition of Vegan With A Vengeance, the first book of her’s that I ever bought. Over the years I’ve bought all the others and I Can Cook Vegan arrived on my door the day of release. In a way I wish it had been my first vegan cookbook. It’s geared for beginners with simple recipes that teach you how to handle yourself in the kitchen. What I was looking to get out of it was some simple, foolproof recipes. Here’s how it turned out. 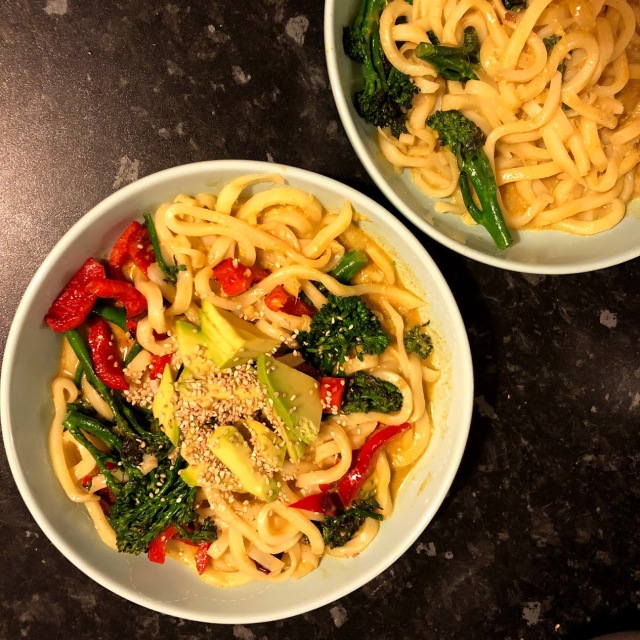 Curry and udon are two of my favourite things to pair together so I made this Curry Udon with Broccoli and Avocado on the first chance I got. Coconut milk in the broth isn’t something I’d usually go for but it adds a great deal of texture and taste. It was simple to pull together with a lot of flavour.

I’ll be honest I had low expectations of the Chickpea Alfredo. A lot of vegan alfredo recipes tend to be weak creamy sauces. This was the exact opposite it was a flavour bomb. Creamy with a hit of umami reminiscent of mature cheese. It’s also ridiculously quick to make.  It took me 3 minuted to boil up the fettuccine (if you follow me on Instagram you may have caught some of my adventures in home made pasta) and in that time I’d blended the sauce to a perfect consistency. The chickpeas were already cooked so I just had to toss everything together and warm through. This is for me the star recipe of the book. Worth the whole price just for this.

Not allowing supper time to have all the fun I made us some Autumn Seitan Salad Sandwiches for lunch. With seitan chunks (I used chickwheat) and cranberries it’s basically like all those Christmas Dinner sandwiches that are sold in the supermarkets at this time of year. And thus it is delicious. 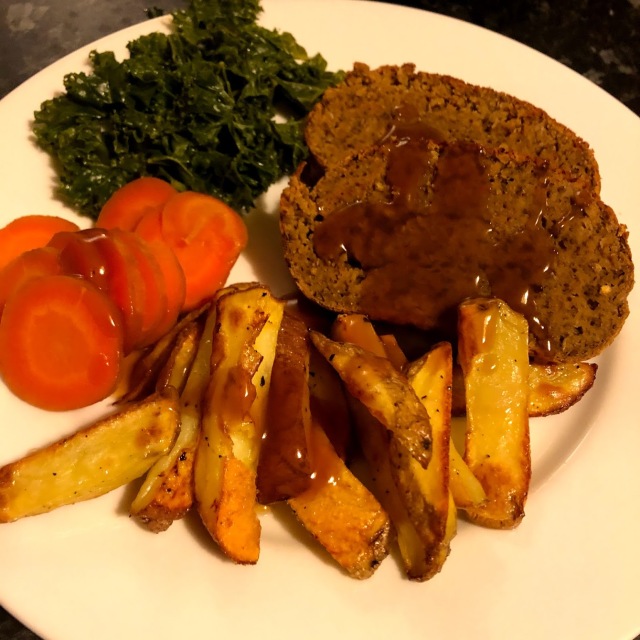 I wanted to try a recipe that was a little more labour intensive so I went for the Sunday Night Lentil Roast. There’s a little more time involved but the steps are super simple, the instructions clear and the ingredients list has nothing out of the ordinary. It’s probably not the roast I’d make for Christmas Dinner, I prefer to go high stakes on the holidays but it is perfect for Sunday dinner. 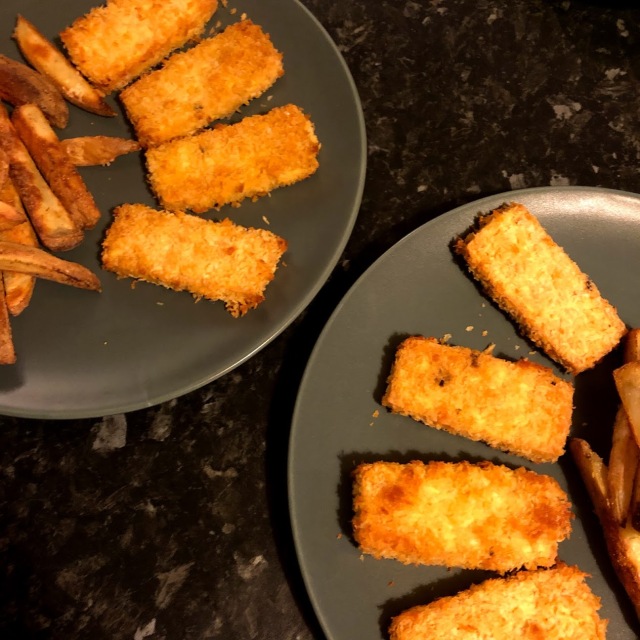 As Kate is a little obsessed with fish(less) fingers I thought I’d make the Tofu Fish Sticks. There’s also a recipe for tartar sauce but Kate isn’t a fan so I skipped that. The taste is spot on, with sea vegetables adding the perfect fishy taste, and to my mind the best way to eat anything is breaded in panko. I cut mine a little wider for a more Captain Birdseye approved look.

And couldn’t I finish this review without trying some of the sweet stuff. These are the beautiful Walnut Brownies. It hasn’t pushed my favourite brownie recipe off the top spot. That will always be the brownies in Vegan Cookies Take Over Your Cookie Jar. But I appreciate that apple sauce stands in for egg here making the recipe way more accessible if your supermarket doesn’t stock silken tofu for some reason.

After cooking though some of the recipes I come back to the same thought. I wish this was my first vegan cookbook. My shelves are full of basic vegan recipes at this point. Although I would, without hesitation, recommend this book to anyone new to vegan cooking, what about those of us who are old hands? Well I think it’s still worth it. The recipes in here are simple and streamlined. Perfect for those days when you just want something plain, simple, and still satisfying. Perfect when you want a recipe that you know is going to turn out first time.

One thought on “Review: I Can Cook Vegan by Isa Chandra Moskowitz”