If I’m bringing a dish it’s going to have yeast in it. Why? Well just because it seems so much more impressive. So if I’m going savoury it’s got to be focaccia either with a dip tray or fancy toppings to make it a little more awesome. 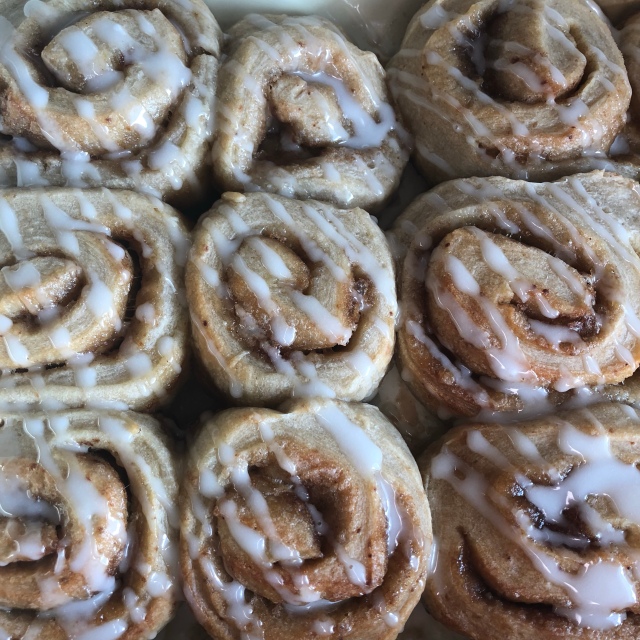 On the sweet side it’s cinnamon rolls all the way. It’s yeasted, it’s got icing, it’s got cinnamon. I actually have two competing favourite cinnamon roll recipes. If you read my post about it earlier in the month you’ll know I love the Cinnamon Snails from Street Vegan but when I want a more traditional, all-squished-together-in-a-pan cinnamon roll I turn to Vegan Brunch. Then I bring them to potlucks, holiday breakfasts, meetings, and any other occasion when I feel like being praised.