After the confusion over eggs at breakfast, it was a relief to have a fully vegan place on the itinerary for lunch. We had spent the morning in The Science Museum where they have three (!) vegan options in their cafe. Unfortunately we had already been tempted by Wulf & Lamb’s menu, and besides we wanted to see if the positive or negative reviews had it right. 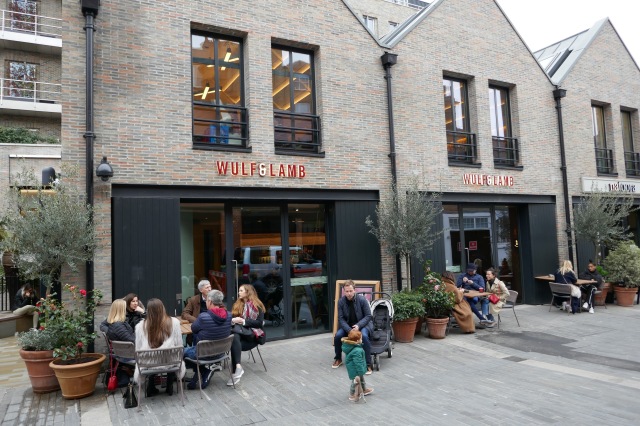 We arrived at the middle of lunch on a Saturday. It was busy, but not slammed. You make your order at the counter and sit down with a number. When your food is ready it’s brought over to you. Simple. The staff were friendly and on-hand to explain anything to you. When you sit down you have lovely table that is properly set with actual cutlery (this will become important when Kate reviews By Chloe in a couple of days). 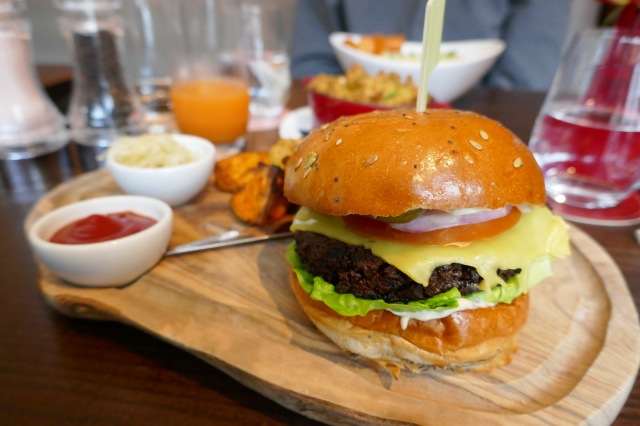 Just before you order your food you walk past a temptation counter of all the doughnuts, cakes, wraps, and sandwiches. I managed to resist and ordered myself what I’d decided on before I’d even left Devon: the Wulf Burger. It is by far the best looking burger I’ve ever had with bonus points for that lovely glossy bun. It is by far the meatiest burger I’ve had since going vegan. The dish is completed with wedges (huge wedges!) of tender potato and sweet potato and a small, very welcome dish of sauerkraut. 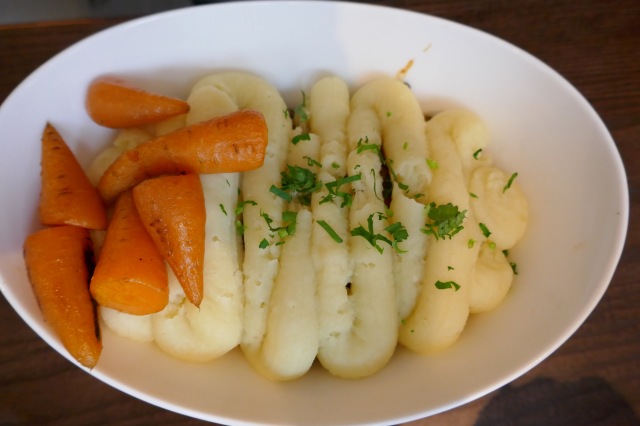 Kate opted for the Wulf pie. It’s not overly clear from the menu but it’s a take on shepherd’s pie with a filling of lentils and jackfruit. From the second that it arrived on the table with its adorably piped mashed potato I could see that Kate was in love. That she practically cleaned the generously-sized bowl confirmed it. Between the pie and the burger we’d had the best meal of our trip. 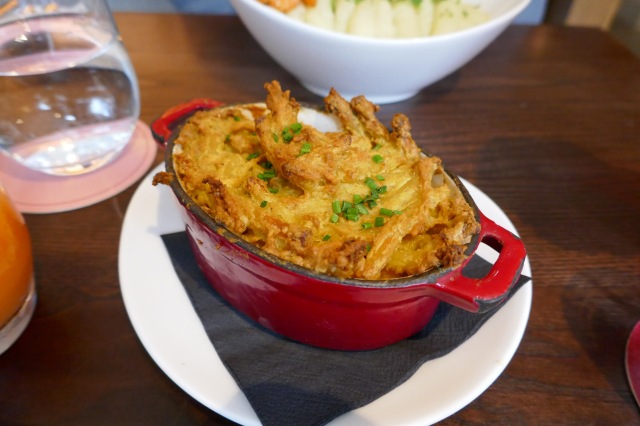 There was, however, one misstep. We couldn’t resist sharing a portion of the mac and cheese. This is the one point where we have to agree with Grace Dent’s review. She says it was ‘dry and welded to its bowl’; I would like to add that it was tasteless, bizarrely grainy and just bloody awful. I’ve made better vegan mac from a powdered mix. That sounds harsh but it’s true. And it’s disappointing. It’s the best vegan burger, it’s an amazing lentil shepherd’s pie, the hot chocolate was great, the juice was perfect and then… disappointment.

But that can’t be the last word in this review. It can’t be. The rest of the food was too good for that. So we’d recommenced that you go and enjoy the food. Just stay away from that mac.