By the time I’d rejoined Kate in London it was late so we threw ourselves on the mercy of a chain pizza place near our hotel. We went to try the vegan options of Zizzi. 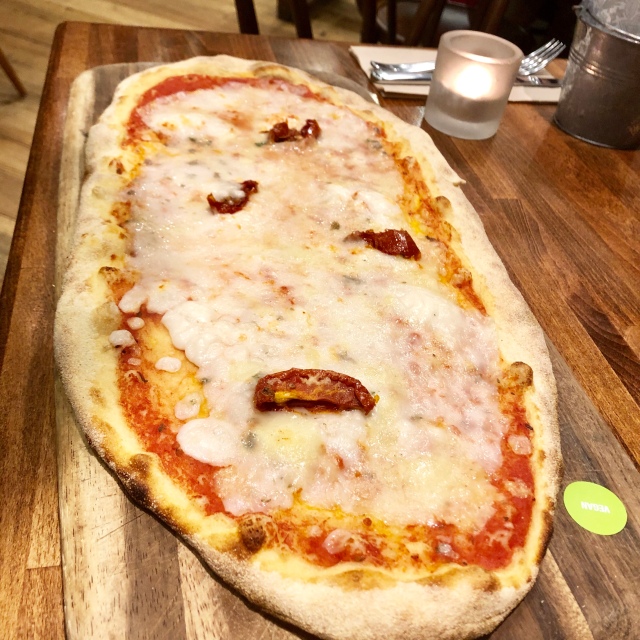 Zizzi use mozzarisella which is totally my favourite vegan pizza cheese. One of the specials was a pizza combining four of their flavours: original, smoked, blue, and cheddar. It was great and you probably think that’s useless information considering it was a special but not so. Now you know to go out and try the all the flavours on pizza. Especially the blue. I’ve tried it before and it doesn’t really work as an eating cheese but I didn’t think to cook with it. Melted it’s amazing.

Kate ordered pizza that contained actual vegetables. She had the vegan zucca with roasted butternut squash and spinach. This is on the regular menu so you’ll be happy to know that it’s a good pizza too. 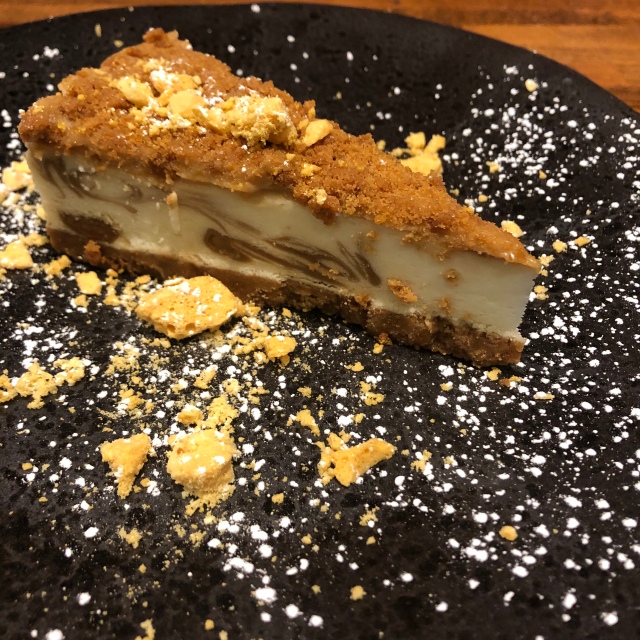 For desert we ordered the vegan cheesecake. It was on the winter special menu but it’s back on the menu for spring. I hope it stays forever. It’s delicious. The server raved about it when they brought it to the table, a huge recommendation for a vegan dessert in a non-vegan restaurant.

We were expecting a decent meal and the pizzas were good, solid pizzas. The cheese cake though? Amazing.