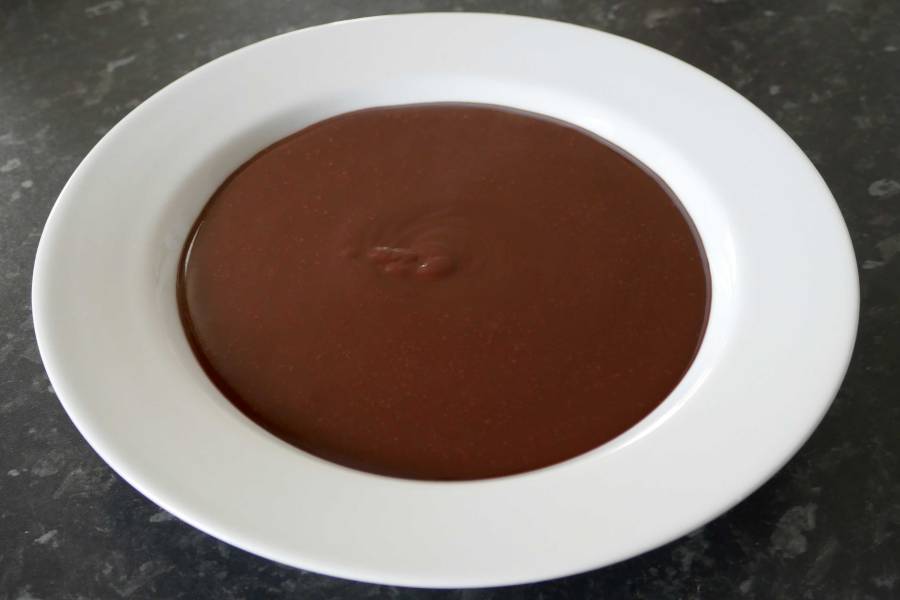 Today is the Late Summer Bank Holiday in England and Wales. The phrase ‘late summer’ might give you visions of evenings on the beach, putting on a fleece as the sun sets and the air starts to cool. However, as any Brit will tell you, bank holidays mean awful weather. That doesn’t stop half the population waiting for hours in traffic though, as they optimistically head to the coast on Friday and disappointedly head home on Monday. I’d rather stay at home with some warm comfort food, like this simple hot chocolate dessert.

Put the cocoa powder, caster sugar, and oat milk in a saucepan, whisk together, and place over a medium heat.

Put the cornflour and water in a small bowl and stir to make a thin paste, known as a ‘slack’.

Pour the slack into the saucepan. The heat will cause the cornflour to thicken the dessert, so whisk it continuously to avoid the bottom layer thickening first.

Once it has thickened to the point that the whisk leaves faint trails, pour the dessert into a bowl to serve.