I’ve written about Offshore, their vegan menu and their surprisingly meaty burger before but I’m a bit of a completist so I wanted to go back for breakfast. We had the chance over Christmas when it was one of the few places open that were dog friendly. Well it’s dog friendly outside but with the mild climate of the English Rivera, heaters, and our coats on it was good enough for us. 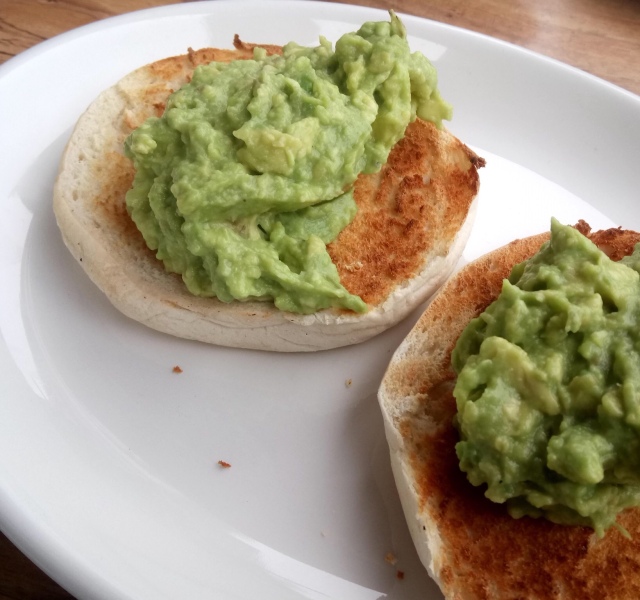 For me it was avocado and lime on a split English muffin. Took a bit of explaining when the chap taking our order thought I wanted the version with the poached egg but we got there in the end. Now I’m going to say something controversial. I think there was a bit too much avocado on this one. It was heaped on. So for the first time I’m going to recommend the avocado be spread a bit more finely. That felt odd to say. 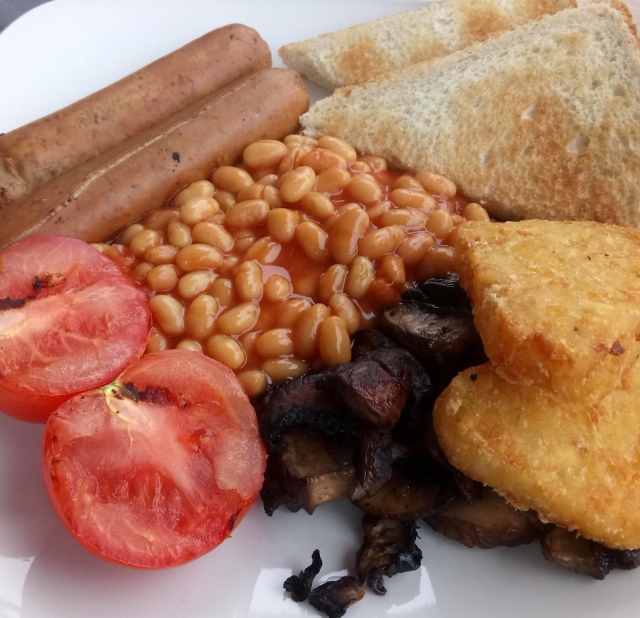 Kate was onto a winner though. She ordered the vegan version of the full English. I think this is the best vegan full English in the bay. As much as I like home made beans and vegetables instead of sausages sometimes I just want Heinz. To everything there is a season, sometimes you have to go with the classics. Here they have done the classics really well. That sausage was meaty and perfect. The beans came out of the tin. There were hashbrowns. Best full English in the bay.