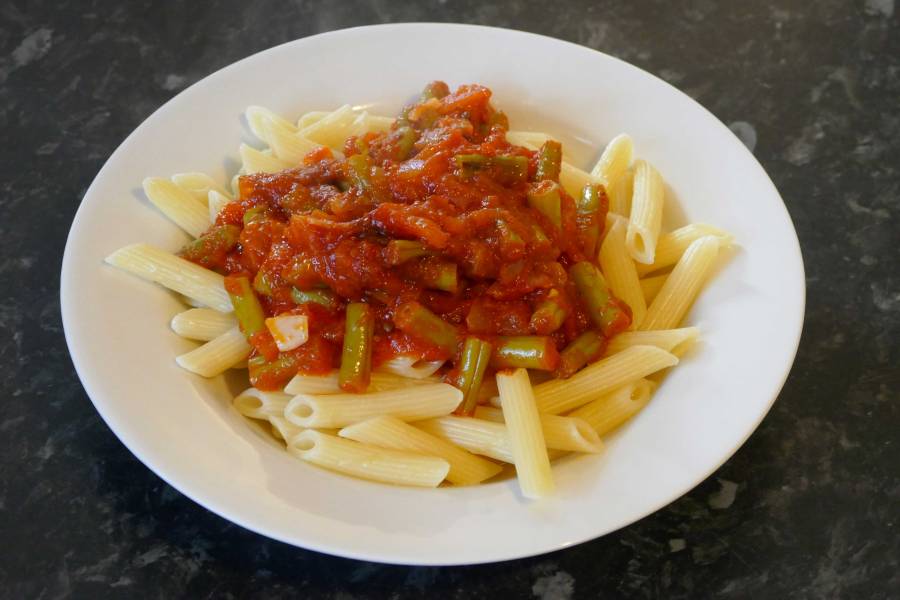 Today’s Vegan Mofo theme is food inspired by the “leader of a country, place, or group”. That sounds a little nationalistic to me, and after the Aung San Suu Kyi affair I’m struggling to see much inspiring in our current batch of national leaders (although I’m cautiously optimistic about Jacinda Ardern). So I’m going to write about a different kind of leader, and one more obviously connected to food: Guy Singh-Watson of Riverford.

Guy converted his family farm here in Devon over to organic framing in the 1980s, and started delivering vegetable boxes to friends and family. Thirty years later Riverford delivers almost 50,000 veg boxes each week all over the UK. For many companies that kind of expansion would lead to a creeping managerialism and inoffensive polished marketing, but Guy has keep Riverford true to its principles and a little rough around the edges. Each weekly veg box comes with a little newsletter containing recipes, ideas, and — most importantly — Guy’s News. Guys writes on topics ranging from local problems on the farm to big global issues such as pesticide use and climate change, and he isn’t afraid to share his strong opinions. It’s not just talk either: long before Blue Planet II brought the issue of single-use plastics into the British public consciousness, Riverford commissioned the University Of Exeter to investigate the sustainability of Riverford’s packaging.

The most significant development in Riverford’s history happened on 8th June this year. After years of ignoring offers from potential investors who were only interested in the company’s profit-making potential, Guy transferred 74% of the business into an employee trust, guaranteeing Riverford’s values will be be protected into the future.

And now for the food. When Riverford sends us green beans, I make this ragú (minus the Parmesan). It may not be much to look at, but the slow-cooked beans and tomatoes have a wonderful flavour. Clare isn’t keen on the farinata (chickpea pancake) so has her half on pasta instead. 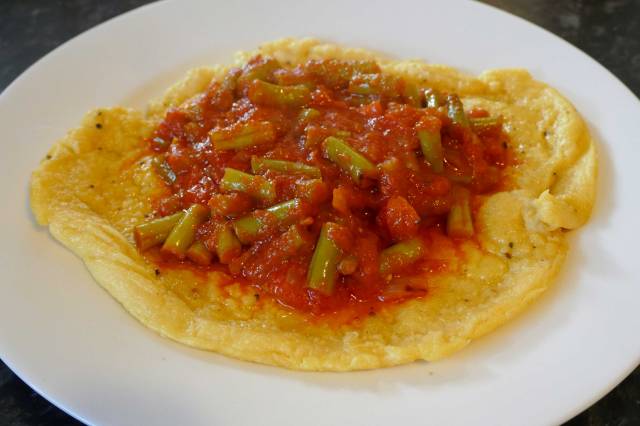